A week ago, I surprised myself by spending most of two evenings comparing, consolidating, and weeding the various archives that I have dumped onto hard drives over the last few years. I'd gotten to the point that simply buying more space seemed ridiculous (three terabytes is roomy enough), and I discovered much that I could discard.

As I noted on Twitter, this work is about as interesting as cleaning the house, but it offers far more opportunity for sitting down. (I liked the sitting down for quite a while, but then it went on and on.) I thought I might do some reading tonight, but now that the urge organize has struck, I don't want to restrict it; I think it might even spill over onto the material from the magnetic.

It’s great to see that my intended return to blogging began with staying awake much too late while drinking—two things that I’ve done less of lately, want to do less of in the future, and really should not combine with writing.

For some time, my subtitle on this blog has been "and by the time you bide your time, a year goes by, and you don't act any older" from "The Awful Truth of Loving" by Rainer Maria. This phrase has seemed fantastically apropos for me for the last few years, since I've felt stuck, both in personal progress and in desire. (If what I wanted wasn't happening, well, I didn't care to move on; things should be as I want them.)

It's 2009, and I hope to find a new motto and subtitle that authentically describes where I am now... but it wouldn't hurt to know someone who knows and loves Rainer Maria's A Better Version of Me or Catasophe Keeps Us Together (or, really, any of their other albums) as I identify some self-empowering ideals.

Or anything Seth McFarlane does―also good.

I'm back from four days with the parents in Long Beach, WA. As we all age, I'm more interested in spending time with them. (I am different from them, and I wish that things had been different when they were raising me, but regardless of what should have been, here we are―a tiny bit wiser and each of us responsible for our lives.) The weekend was a little slow... and an uncomfortable experience because of the fact that the last time that I spent any significant time in Long Beach, I was with an ex-girlfriend. Certainly, I remembered this fact when I told the 'rents that I'd be glad to stay with them at the fancy timeshare condo in Long Beach, but I didn't expect it to cause quite so much reliving of what happened and what I had hoped would happen with the girlfriend. (She worried too much: I loved her, despite my doubts, but she wouldn't loosen up. I don't hate her, but good god, I deserved more.)

Things I liked about this recent weekend: being considered a good son, being near a sandy beach, being on a sandy beach, Sunday brunch at Full Circle Cafe in Ocean Park, imagining a life without the corporate job, being in a moment that seemed to stop time in which the waves crash and I exist in an ideal reality beyond the horizon (or something... What if...).

On Monday evening, I was back in Seattle in time for lifting weights at the gym. I worked out my upper body in a way that's likely to hurt tomorrow. I came home to rediscover the delightful combination that is quality tequila and dark chocolate. Now, the chocolate is gone, and all that is left is the Don Eduardo, thoughts of the ex, and the unfortunate fact that I need to return to work tomorrow. Soon, I will embrace my responsible self and move on.

I have eight and a half hours until my weekly status meeting at work, and what I want is a few more days off to contemplate.

When I first created this blog on Live Journal, I imagined a place where I'd be anonymous as myself and post the actual events in my life―or in my head, either one.

I forget exactly to whom I first revealed my identity, but some people I liked discovered me, and I made friends of some others.

Time passed. I didn't post what was going on with me. More time passed.

Huh. Well, I'm still likely to filter some things, but I'd really like to return to my original intent, without starting a new and anonymous blog.

Well... I might do that, but at the moment, I'd still rather not dump my original blog here on Live Journal.

I wonder where this will go.

I'm raiding Zune's library for Ride tracks today. Internet not as generous, but here's "Leave Them All Behind", live from Milan in '92. 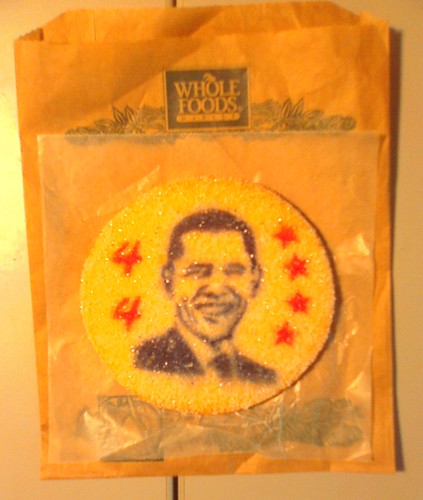 My mind is takin' photographs of every little thing

You were stuck in a dream, and you wanted to scream, but it's nothing at all

I was in the car for far more than 23 minutes, but I this was worth a few listens.
Collapse